To share your memory on the wall of Anthony Dorzyk, sign in using one of the following options:

A special heartfelt thank you to the doctor and staff at Hospice Renfrew, for the compassionate care shown to Tony and his family during his lengthy illness.

Due to Covid-19 protocols, limiting the number of people gathering, a private family visitation was held at the Murphy Funeral Home, Pembroke. Interment will take place in St. Columba’s Columbarium when it is safe to do so.

In memory of Tony, donations to the Ottawa Regional Cancer Foundation would be appreciated by the family. Condolences, tributes, donations www.murphyfuneralhome.ca
Read Less

To send flowers to the family or plant a tree in memory of Anthony "Tony" Dorzyk, please visit our Heartfelt Sympathies Store.

We encourage you to share your most beloved memories of Anthony here, so that the family and other loved ones can always see it. You can upload cherished photographs, or share your favorite stories, and can even comment on those shared by others.

Posted May 02, 2021 at 05:30pm
It is with great sadness that Tony has passed but a blessing for him, as he fought a long hard battle, over 15 years, with cancer. He endured so much pain in the end therefore he is in a better place now. My deepest sympathies to my sister Gepke and nephews John and Terry and families. You all supported him with loving care, right to the end. REST IN PEACE TONY
Comment Share
Share via:
ND

Posted Apr 27, 2021 at 05:31am
Since Tony worked in the logging business, I thought a tree in his memory would be a fitting tribute.

Thank you for your thoughts and prayers. They are appreciated. Gepke and family 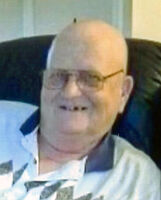