To share your memory on the wall of Dr. Ah Yin Eng, sign in using one of the following options:

Provide comfort for the family by sending flowers or planting a tree in memory of Dr. Ah Yin Eng

The family would like to thank the staff of Miramichi Lodge for their compassionate care and service for Dr. Eng during these last few years.

Since his arrival in Pembroke in 1971, Dr. Eng has been a pioneer in the advocacy of the rights of non-smokers, and a philanthropist following his service as the Medical Superintendent on the Fisher River Cree Nation and Peguis First Nation communities in Manitoba (1965-1971) where he worked closely with band leaders to promote the health, education and welfare of those communities. He continued to be a tireless advocate for public health, in locally running the fluoride campaign with Dr. Kevin Roach, and the sex education campaign to be taught in public high schools in Petawawa before it was a mandated part of the school curriculum as well as promoting AIDS Awareness in the early days of understanding the impact of the disease.

Winner of the Heather Crowe Award, he founded the Renfrew County Non-Smokers Association in the early 1970’s and was instrumental in putting Pembroke on the map for passing one of Canada’s first non-smoking bylaws that controlled smoking in indoor public spaces and the workplace.
Establishing the Renfrew County Multicultural Society, he and Dr. Pan and members of the local Chinese community aided and housed the resettlement of 3 Chinese Vietnamese refugee families through the Wesley United Church and private sponsorship program in Canada in 1979 and the early 80’s.

Throughout the 80’s, 90’s and early 2000’s, he was a regular contributor to national as well as local newspapers, through his written commentary on medical and public policy issues as they affected public health, and physician qualifications. Through his establishment and work in his Project 1000, he was successful in increasing the recruitment and number of International Medical Graduates in Canadian medicine. Retiring from active medical practice at the age of 83, he was also a staunch advocate for the rights of senior physicians to be able to continue to practice medicine.

From humble beginnings in China and then Malaysia, and as half of the first husband-and-wife team of physicians of Chinese descent in the Ottawa Valley area, Dr. Eng and Dr. Pan opened their private practice in Pembroke in 1971. His beloved Alma Mater, the Chung Ling High School in Malaysia, National Taiwan University Medical School also received his tireless support on the international front. Whenever he was asked about his challenges, he would smile and say, “I’ve survived three wars, five different countries, and Pembroke.”

His support and service to the area in the donation of the family home and office in 2013 to the Pembroke Regional Hospital (PRH) MRI fund raising effort, the sponsoring of one of the rooms in the new surgical floor at the PRH and the recent donation to the Butterfly Project (Wing 1A) at Miramichi Lodge, are just a few examples of his many financial contributions to the local healthcare system that are a testament to his dedication to the community that he served.
His voice will be missed. He will be missed.

(Dr. Eng was cremated in a private family ceremony. In lieu of flowers, donations earmarked for supporting the 1A Wing at Miramichi Lodge are gratefully appreciated by the family.)
Arrangements entrusted to the Murphy Funeral Home, Pembroke.
Read Less

Donations are being accepted for: MIRAMICHI LODGE FOUNDATION CORP..

We encourage you to share your most beloved memories of Dr. Ah Yin Eng here, so that the family and other loved ones can always see it. You can upload cherished photographs, or share your favorite stories, and can even comment on those shared by others.

Posted Apr 12, 2021 at 04:19am
Our deepest condolences. We will always be grateful for the time we shared with Dr. Eng. Always in our hearts, John, Jenna, Sarah and Nicholas Gin.

5 trees were planted in the memory of Dr. Ah Yin Eng

Posted Apr 06, 2021 at 08:46pm
Dr. Eng and his wife Dr. Pan are selfless and generous, as they helped our family in both Taiwan and Canada. This is a sad loss and he will be missed. 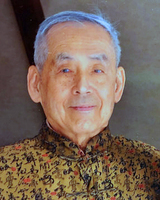 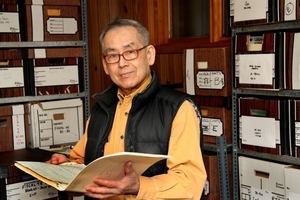 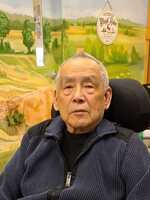