To share your memory on the wall of Dr. Robert Blair McEwen, sign in using one of the following options:

Provide comfort for the family by sending flowers or planting a tree in memory of Dr. Robert Blair McEwen

Provide comfort for the family by sending flowers or planting a tree in memory of Dr. Robert Blair McEwen

Robert was the youngest child of the late Dr. John and Margaret McEwen, Carleton Place and was the last remaining sibling of his family. Born in Carleton Place, Ontario, Robert met his life-long love Mitchie in Montreal, Quebec where he attended medical school at McGill University. In 1955 they moved to Pembroke where they raised their family and Robert began his medical career as a family physician, and later as a general surgeon and obstetrician after completing further training in Montreal, Quebec and Cook County, Illinois.

The family extends a sincere thanks to all the staff at Marianhill and the Pembroke Regional Hospital for their kindness and care shown to Robert over the past four months.

As per Robert’s wishes, there will be no visitation or funeral. Cremation has taken place.

A wonderful man – brilliant mind, a gifted physician who spent a career in service to others, and great sense of humour, which he demonstrated in his day to day living, spending time at his cabin fishing or hunting and winters in Florida – more simply put, a sweet disposition and gentle soul who showed such grace, perseverance and determination in the last months of his life.

In memory of Robert donations to the Ottawa Regional Cancer Foundation would be appreciated by the family. Arrangements in care of the Murphy Funeral Home Pembroke.
Read Less

There are no events scheduled. You can still show your support by sending flowers directly to the family, or planting a memorial tree in memory of Dr. Robert Blair "Bob" McEwen.
Plant a Tree

We encourage you to share your most beloved memories of Dr. Robert Blair here, so that the family and other loved ones can always see it. You can upload cherished photographs, or share your favorite stories, and can even comment on those shared by others.

10 trees were planted in the memory of Dr. Robert Blair McEwen

Posted May 04, 2021 at 07:06pm
Dear Karen and family,
Please accept my sincerest condolences on the death of your Dad. May the good times you shared and those memories help you during this time of grief. Lee Surrette
Comment Share
Share via:
BM

Posted Mar 30, 2021 at 09:48am
Joe and I are sad to hear of the passing of Robert. May the memories of Robert help you get through this difficult time. RIP Barb and Joe Maclellan
Comment Share
Share via:
KS 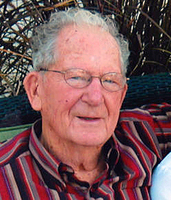