To share your memory on the wall of Richard Charles Barnett, sign in using one of the following options:

Print
Richard ‘Rick’ Charles Barnett
It is with profound sadness that we share the passing of Rick Barnett of Lake Dore, ON on Saturday March 6th, 2021 at The Ottawa Hospital General Campus.

Beloved life-partner and best friend, for... Read More
Richard ‘Rick’ Charles Barnett
It is with profound sadness that we share the passing of Rick Barnett of Lake Dore, ON on Saturday March 6th, 2021 at The Ottawa Hospital General Campus.

Beloved life-partner and best friend, for the past twenty years, of Shirley MacDonald.

Son of Richard Sr. and the late Mary (Budd) Barnett of Comox Valley BC.

Dear brother of Elizabeth (John) Drake of Victoria BC, Lewis Sr. (Debra) Barnett of Amisk AB and Linda (Mike) McLaughlin of Courtney BC.

Fun-loving and attentive uncle to his nieces and nephews.

In addition to Rick’s immediate family, he will be dearly missed by Shirley’s family, namely Wanda MacDonald, Sheila and Jim Gauthier, and Stephen MacDonald and his life-partner, Marjorie Walker.


Born in Coseley, Staffordshire, England in 1947, Rick and his family emigrated to Canada in April 1948. At the young age of 16 he joined the Canadian Armed Forces, serving his country with loyalty and distinction in the Royal Canadian Electrical, Mechanical, Engineering Branch for 32 years.

Having a keen interest in history, Rick was naturally proud of his ancestral forebears, notably his maternal grandfather - the famed Canadian botanist, Archibald Charles Budd, born in London, England on 28 April 1889. After winning a prize of 250 pounds in a limerick contest, Archibald finally had the means to emigrate to Canada in 1910 as a land seeker. A lifelong interest in nature study served him well when he began working at the Dominion Experimental Station at Swift Current, SK. in 1926. He went on to become an expert on prairie flora, contributing significantly to western Canadian agricultural development and growth. Archibald published a book titled “Budd’s Flora of the Canadian Prairie Provinces” which, for many years, was considered the utmost authority on western Canadian agriculture.

To say that Rick was a very special individual is an understatement. He had a unique way of viewing the world and of making sense of it. His exceptional memory could be relied upon to recall the singer/songwriter of a lesser-known song from decades past or the date of pretty much any historical event. Rick’s knowledge and understanding of a huge array of topics was extensive - definitely the “one to beat” in any trivia board game. His ability to find humour in every situation, his quick wit and general good-nature will continue to bring a smile and gentle comfort to all who had the privilege of sharing in his life. He was a true “gentle man”.

Rick’s loyal and loving furry friends, Hamish and Kismet (aka the “puppies”) adored him. He sweetly referred to all dogs as “puppies”, no matter their age. Though Hamish and Kismet will miss Rick terribly, they will never forget his loving and respectful manner - gentle pats on the head, relaxing ear rubs and the polite and courteous way in which he softly spoke to them (“excuse me puppy”; “thank you puppy”).

In memory of Rick, a donation to the Ontario SPCA Renfrew County Animal Centre would be greatly appreciated.
1-888-668-7722 ext. 321
renfrewcounty@ontariospca.ca

Our utmost appreciation to Rick’s best friend, Joe Almassy, of Lake Dore, who religiously drove Rick to and from weekly appointments in Ottawa during the past year.

We would like to express our deepest gratitude to ICU staff of both The Pembroke Regional Hospital and The Ottawa Hospital General Campus for their excellent care and kindness.

A private interment will be held at a later date at Lake Dore Point Presbyterian Cemetery.


In death, those we love do not go away.
Instead, they walk beside us every day.
Read Less

To send flowers to the family or plant a tree in memory of Richard Charles "Rick" Barnett, please visit our Heartfelt Sympathies Store.

We encourage you to share your most beloved memories of Richard Charles here, so that the family and other loved ones can always see it. You can upload cherished photographs, or share your favorite stories, and can even comment on those shared by others. 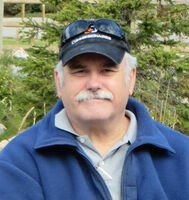